Reboots seems to be the thing lately. Ghostbusters is the latest film to head back to the big screen. I was going to say to “get an update,” but this remake doesn’t really update anything. Aside from cell phones and selfie sticks, things are pretty much the same. In fact, this film feels a lot more like 1989’s Ghostbusters II. Lightning didn’t strike twice then and it doesn’t here either. The 2016 take on the 1984 comedy classic gets off to a decent start with some clever writing and plenty of laughs. But as the film moves along through a completely abysmal plot the real laughs fade as the film itself becomes merely laughable.

This time around the ghost busting is done by girls instead of guys. There’s nothing wrong with that idea, but they never really do anything with it. The best joke is that the girls hire a hunky secretary name Kevin (Chris Hemsworth), who is dumber than a rock, but nice to look at. Otherwise it really makes no difference that these Ghostbusters are women. 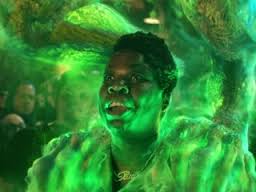 I’m not going to complain about the cast because it’s a good one. Kristen Wiig, Melissa McCarthy, Leslie Jones, and Kate McKinnon are a winning combination, with Jones being the standout. The problem is they are not given enough to do. The first half of the film has plenty of witty banter combined with funny situational humor that allows the actors to take full advantage of their comedic skills. As soon as the film devolves into mindless set destruction the film collapses under its own weight.

I wish this reboot had been better. It had a lot going for it in the beginning. Zach Woods is particularly memorable as the tour guide of a “haunted house” that turns out to actually be haunted. Hemsworth once again shows that he has comic chops, following his turn in the Vacation reboot last year. When the Ghostbusters are simply bantering the film is funny. When they’re actually fighting the supernatural, it’s not. 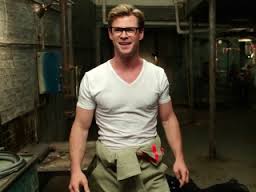 Unlike other recent reboots like The Force Awakens, Jurassic World, Terminator: Genisys, and the aforementioned Vacation, Ghostbusters doesn’t tie itself directly into to its predecessor. I think that was a huge mistake. I would have much rather this film be a quasi-sequel than a remake. It just doesn’t do enough to reinvent itself and that makes it seem all the more inferior to the original. I can’t say it’s totally not worth watching, but ultimately this Ghostbusters is a disappointment.

Sherry is a writer/blogger specializing in entertainment and food writing. You can find her gluten and grain-free food articles at scdforlife.com.
July 15, 2016July 15, 2016 Sherry Lipp