Is death the only way we can truly appreciate life? That question is presented in Swiss Army Man, but unfortunately the issue is not explored to the depths it could have been. The film stars Paul Dano as a lonely castaway who is on the brink of ending his misery when he spots a body on the beach. With a renewed interest in living, the castaway determines to find a way out of his predicament with the help of the corpse. If Swiss Army Man sounds weird, it is. That’s the best thing it has going for it, but in the end it’s more quirky style than real substance and that ultimately makes it a disappointment. 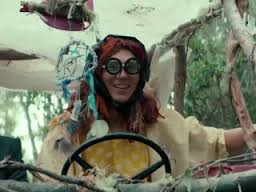 Hank (Dano) has no reason left to live until he finds a dead body washed up on the beach of the tiny island where he’s been stranded for an indeterminate amount of time. The body (Daniel Radcliffe) intrigues Hank. Why is it there? Where did it come from? What is the story of the man who once inhabited that body? We see in the beginning of the film that Hank has tossed many notes into the ocean begging for help. One of the notes indicates that he is “so bored.” At the very least Hank now has something to do.

Before long Hank finds this body is a bit out of the ordinary. The escaping gases from the body propel the pair off the island to another remote beach. That’s when things get really weird. To say too much would give the film away, but to put it simply the pair form a strange friendship. It turns out extreme flatulence is not the only special power this particular body has. 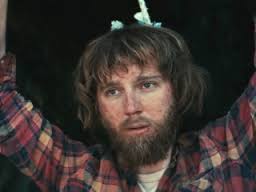 Hank and Manny, as he learns is the name of the deceased, both learn to live as they struggle to find a way out of their situation. The more they experience the more alive they both feel. This strange tether between life and death is the best aspect of the film. Death itself is the only thing that makes Hank realize what he had lost in his exile.

Unfortunately, anything poignant about the film is lost in an utterly ridiculous ending. Weirdness for weirdness sake does not always make for good storytelling and that’s certainly true here. While the quirkiness works for a while it wears itself out long before the movie ends. Only the fully committed performances from Radcliffe and Dano make this film worth the time.

Sherry is a writer/blogger specializing in entertainment and food writing. You can find her gluten and grain-free food articles at scdforlife.com.
July 13, 2016July 15, 2016 Sherry Lipp